KVINFO is Denmark's knowledge and development center for gender equality and diversity. KVINFO strives to make equal opportunities regardless of gender a common and engaging matter, nationally as well as internationally.

The purpose of this project was to reach out and spread awareness. The task was to work on a design concept for 7 flyers. The flyers were distributed at an danish/arab conference held in Denmark, therefore, we decided to bring out the middle eastern look & feel in a very simplistic way to also fit the danish community. The design needed to be eye-catching, bold and interesting enough to motivate people to pick up the flyers. Also, all flyers were designed to stand alone, and also look holistic when put together. 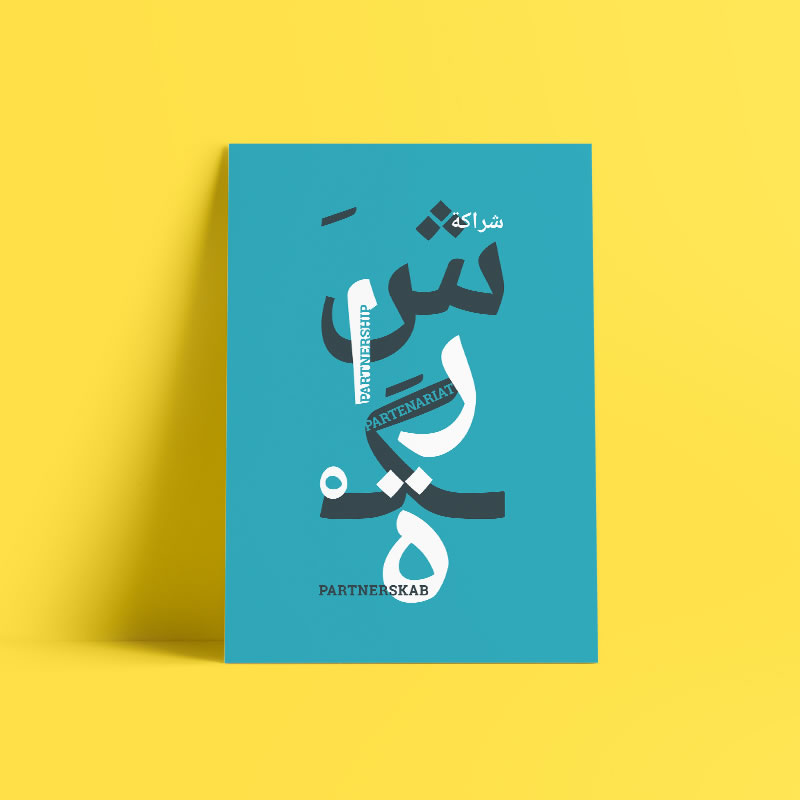 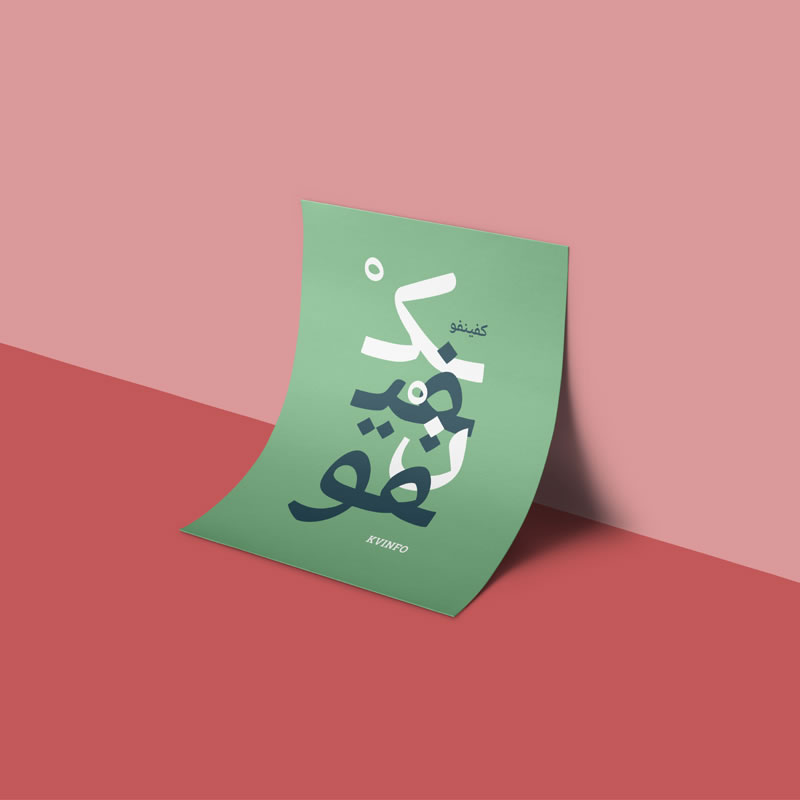 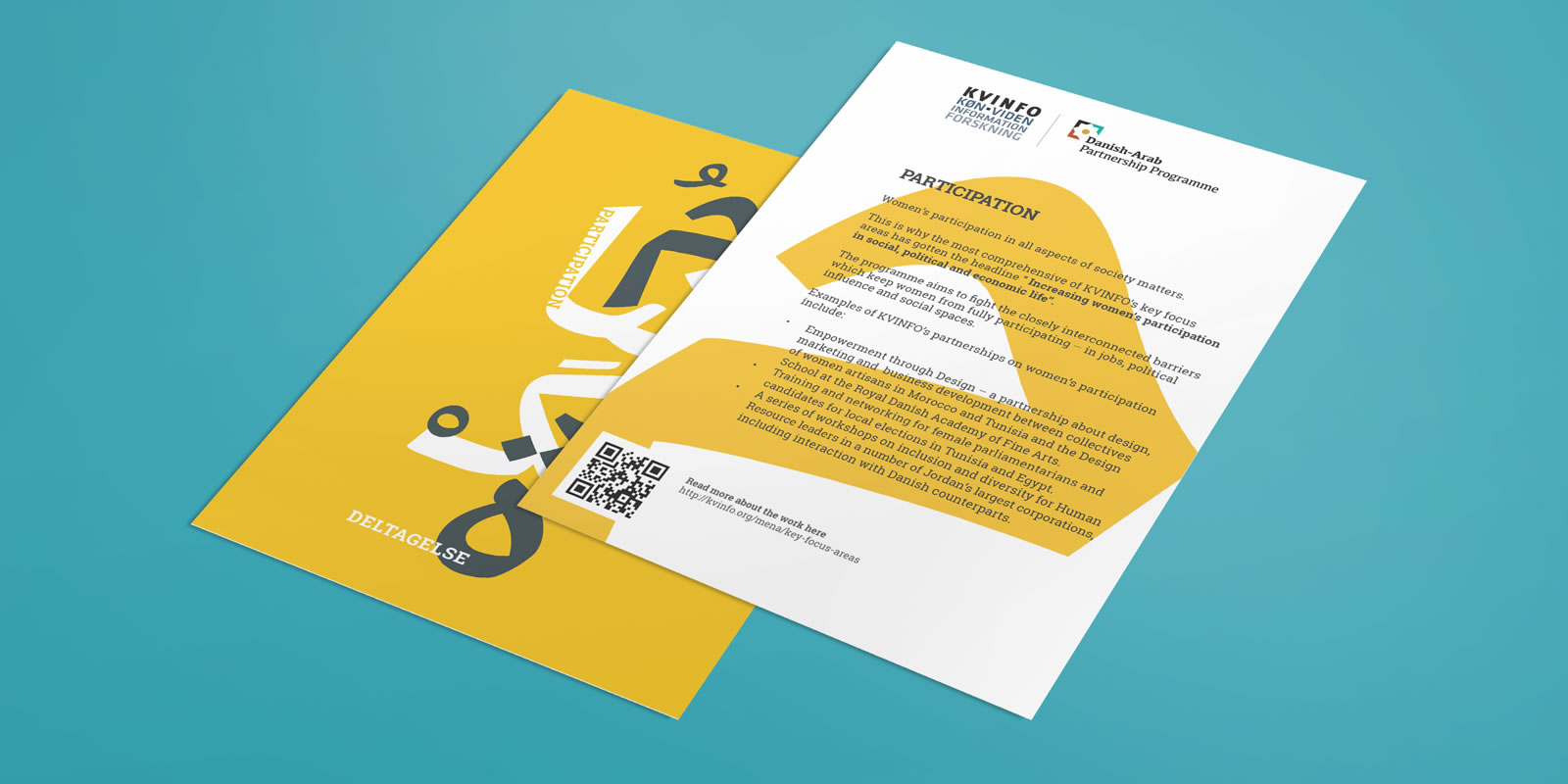